Home Dog Videos Who Stole the Cookie Off the Counter? Was it Harly or Lowa? 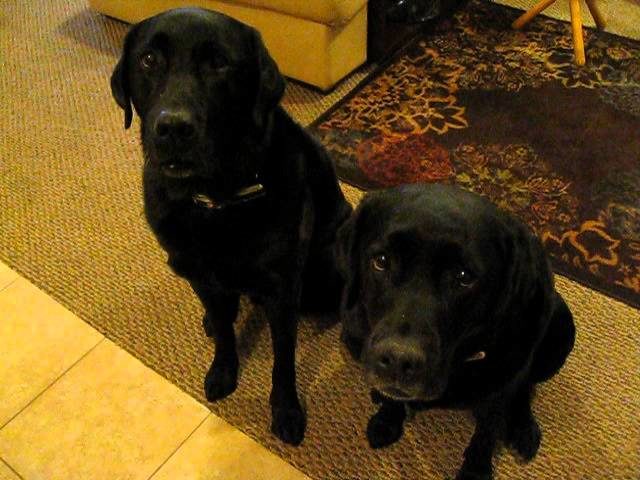 Here it is in the kitchen, one of these dogs is guilty! Harly and Lowa are being asked by their Mom to confess there crimes.  Someone stole a cookie off the kitchen counter.  Who is the guilty culprit? Who is going to snitch? I wonder who is innocent?  I can see the guilt on Lowa’s face but maybe it was her brother who did it?  Many people believe that dogs can not feel guilt, well this vidoe shows a lot of guilt and intellegence! Mom keeps asking until finally one of the dogs points the paw to the one who did it!  This video is an absolute laughing and very funny scenario!  Hilarious to watch, if you would like to find out who took the cookie from the kitchen counter just click on the video and enjoy.  Do you think it was Harly the boy on the left or was it Lowa the girl on the right?